This is the study WFT paid for in 2018 to document the value of Sport Fishing on Green Bay.  We did this in anticipation of the commercial fishing growth in Green Bay.
WFT representatives attended 2 meetings, one in Sturgeon Bay and one in Green Bay in 2018.  Both meetings disturbed us greatly, thus the study.
The DNR has never really referenced the study.
Meredith Penthorn at DNR and she said she would post it on the DNR website to make it a public document.

In an effort to better understand angling in the Bay of Green Bay
watershed and how this identity impacts the state economy, the
authors worked with Walleyes for Tomorrow and the Wisconsin
Department of Natural Resources (WDNR). Since the WDNR

pressure and success, the data collection effort for this study
piggy-backed upon this creel survey design by distributing
a survey packet to recreational anglers intercepted at boat
launches and shore fishing areas.

The lack of rain and snow this year led to fairly low water levels on the Wolf River during the peak walleye spawn compared to recent years. Water levels and flow in the main marshes around New London and Shiocton were marginal. Generally, a gauge height of at least 7 feet is needed to provided marginal conditions, with more ideal marsh conditions occurring when gauge height surpasses 8 feet.

Tagging efforts included continuing the reward tag study and the release of 100 male and 100 female reward tagged fish. These tags are worth $100 for anglers that catch and report a pink reward tagged fish. The tag reward for this year’s tags will expire on March 31, 2022 and are being paid for by Battle on Bago. This study will continue to provide more accurate annual exploitation and angler tag reporting estimates. DNR staff also conducted walleye electrofishing surveys on the Upriver Lake and Lake Winnebago.

Anglers can report the catch of a tagged walleye, yellow perch, bass, or northern pike by mailing the catch information to the Oshkosh DNR office (625 East County Road Y, Oshkosh WI 54901), emailing it to DNRWINNEBAGOSYSTEMTAGRETURNS@wisconsin.gov or calling 920-303-5429. If you have any questions about the trawling report or this year’s survey update, please feel free to reach out.

The Wisconsin Department of Natural Resources (DNR) recently published the 2020 Lake Winnebago Trawling Report, which discloses the results of the trawl assessment conducted on Lake Winnebago. This assessment has been conducted annually since 1986, and the main objectives include providing critical information on year class strength of game and nongame fish species, monitoring trends in the forage base and monitoring general population trends of game and nongame fish species. Overall, there were 15 species of young of year (YOY) fish sampled for a total of 79,835 YOY fish caught during the 2020 trawling survey. For adult ­­­fish, there were 18 different species sampled for a total of 42,480 adult fish captured. The 2020 trawling results revealed several highlights, including record catch rates of YOY freshwater drum and yellow perch, a strong crappie hatch and a measurable walleye year class. I hope you enjoy the report. 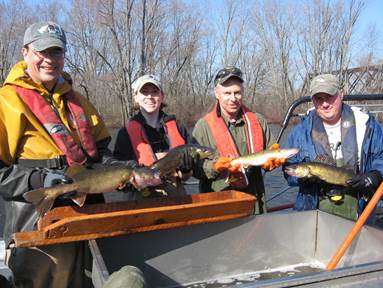 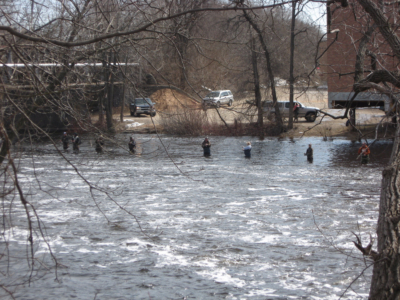 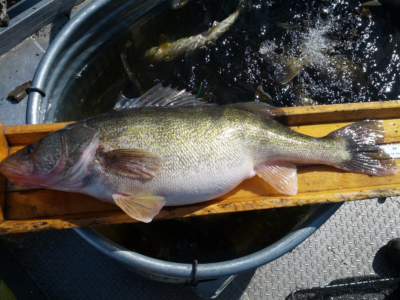 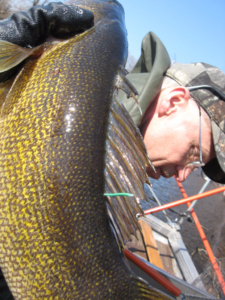 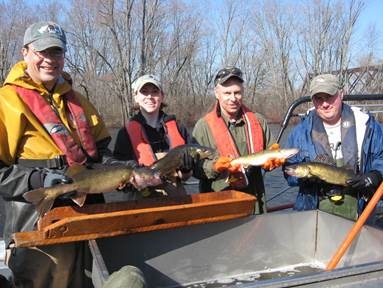 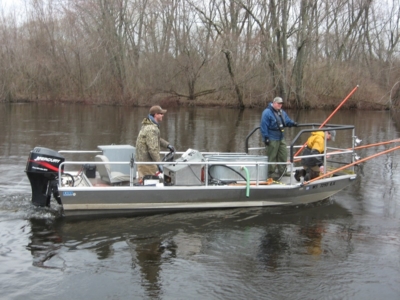 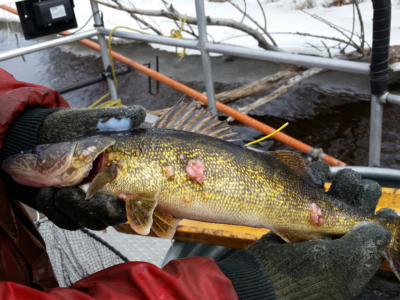 
Our banquet is March 11, 2016 at the Stadium View and your support is both greatly appreciated and needed in order to carry on our volunteer work. We will include promotional items and display of posters or brochures provided during the event.