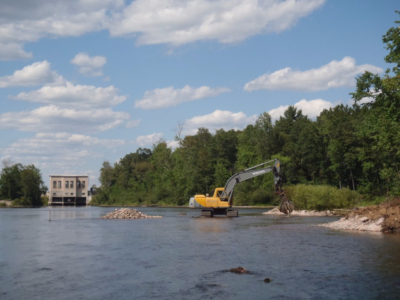 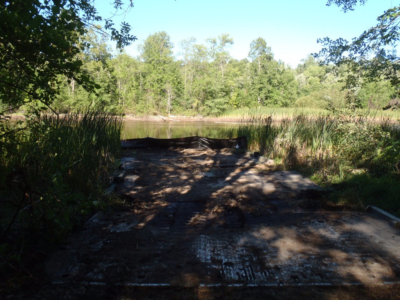 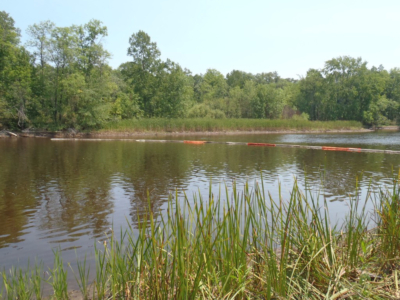 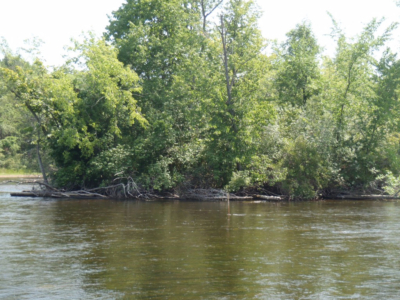 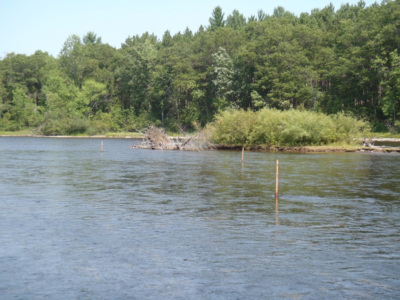 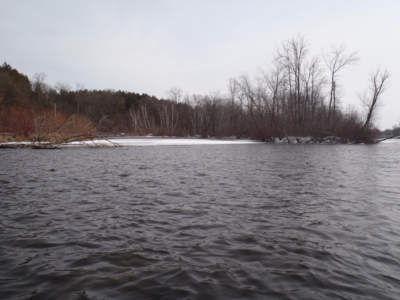 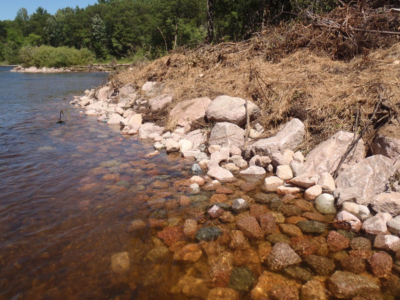 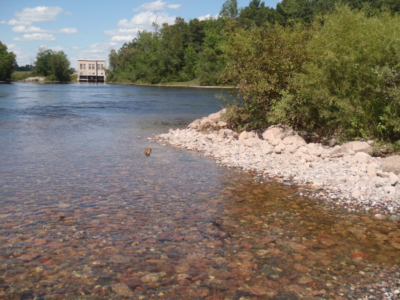 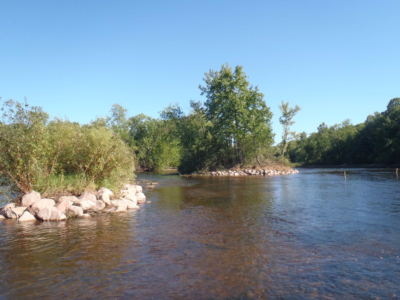 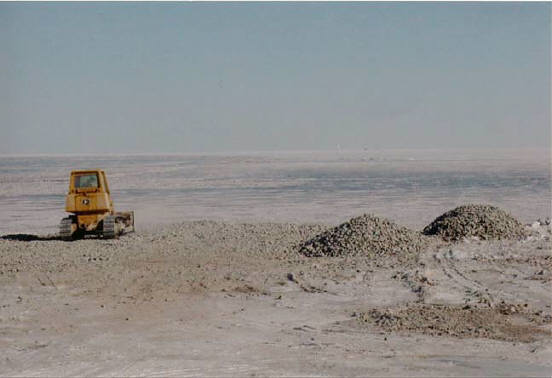 Terry Lychwick had the idea. Chester and Michael McDonald provided the manpower.

But when it came time to “show me the money,” the Green Bay chapter of Walleyes For Tomorrow came through with $12,000 to help put 73,000 square feet of spawning habitat on the frozen water of Green Bay last month.

As the ice melts, nearly 4,000 tons of small rock will fall through, providing a place for walleyes to lay eggs in a 2- to 3-foot-deep area that previously was nothing more than a flat, hard clay bottom.

In addition to possibly attracting hundreds of spawn-minded walleyes each spring, the reef could help protect a developing wetland complex along the bay shore.

The McDonalds provided labor and equipment to install the rocks, as well as more than 50 huge boulders. They placed the largest stones between two long, irregular, rock breakwaters that were constructed last fall.

Lychwick, a Department of Natural Resources fisheries biologist in Green Bay, said one of the conditions of the McDonalds’ South Bay Marina permit two years ago was they had to provide fish and wildlife habitat.

A number of bayshore bird species likely will use the exposed part of the boulders as rest areas, he said, while fish will use what’s under water as cover.

“It’s an excellent fishery, and we’re just trying to do what we can to make it even better,” Farah said.

The additions of another manmade spawning area in the bay might take some of the pressure off the limited amount of good spawning habitat in the river itself, he said. That could add up to better production.

Chester and Michael McDonald provided labor and equipment to install almost 4,000 tons of 3- to 6- inch rock on the ice of Green Bay near the South Bay Marina East of the Fox River mouth last month. As the ice melts, the rocks will sink, providing a new spawning habitat for walleyes

Besides the Green Bay chapter’s donation, another $10,000 came from the FishAmerica Foundation. That included money from the U.S. Fish and Wildlife Service, FLW Outdoors (formerly Operation Walleye) and the Wal-Mart RCL Championship held in Green Bay in fall of 2001.

Farah said the reef was supposed to be in place two years ago, but poor ice conditions prevented heavy equipment from getting out safely.

This was the group’s second spawning reef, having funded one 1,000-feet long by 30-feet wide in the late 1990s north of the University of Wisconsin-Green Bay near Joliet Park.
In the 12 years since Walleyes For Tomorrow formed, it has helped raise $850,000 for habitat and enhancements for Northeast Wisconsin walleyes.

The group has been a success ever since its first banquet–in North Fond du Lac–raised nearly $18,000. Some 450 people attended that 1991 event.

WFT has grown to include chapters in 11 parts of the state, including the Fox Valley, Manitowoc and New London.

The group’s mission is to work with other clubs, agencies and the DNR to improve the quality of walleye and sauger fishing.

In 1995, WFT became a participant in the DNR’s walleye management planning committee. That same year, it began to use portable “Walleye Wagons” as mini-hatcheries to supplement stocking in some state rivers and lakes.

Since than, it has tackled dozens of projects, from stocking 1,800 walleyes in the rehabilitated Silver Lake in Manitowoc County to providing funds for retired conservation wardens to discourage over bagging during spring walleye runs on the Wolf River.

Walleye For Tomorrow get a chance to get some fun fish on one of their outings. 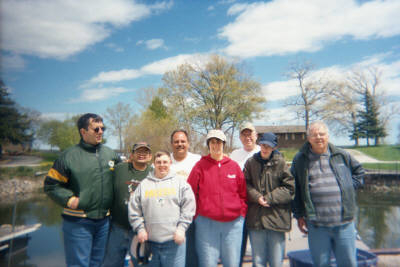 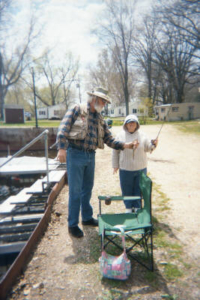 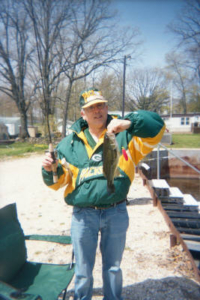 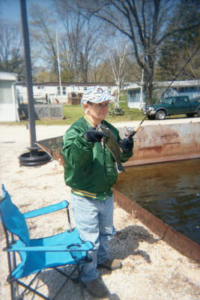 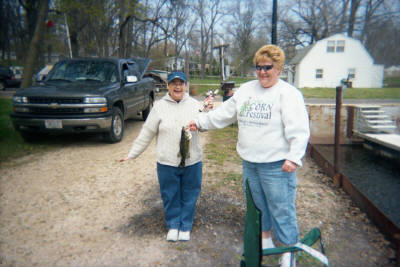 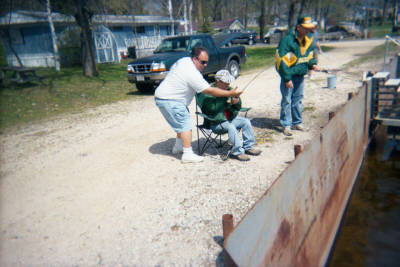 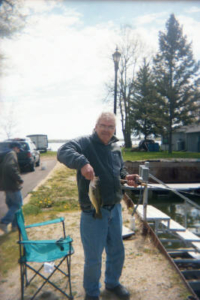 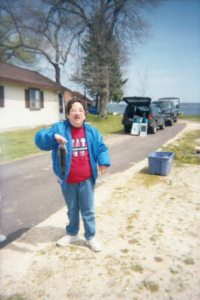 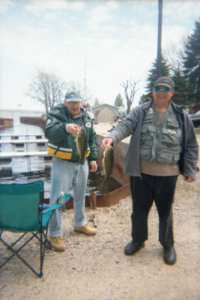 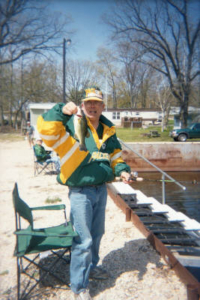 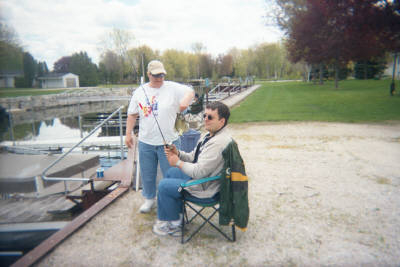 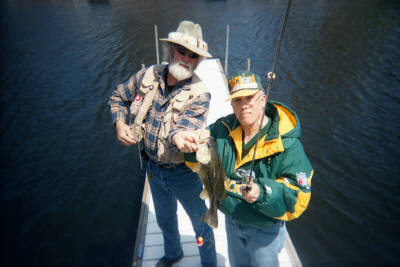 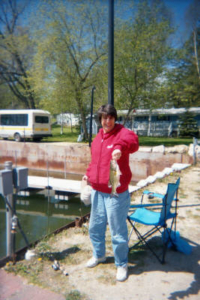 Product support for the Boys and Girls Club 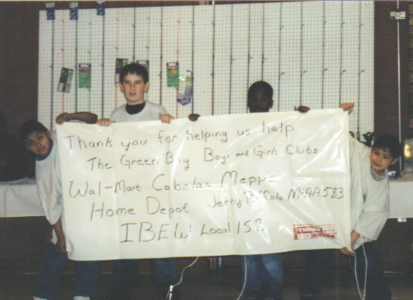 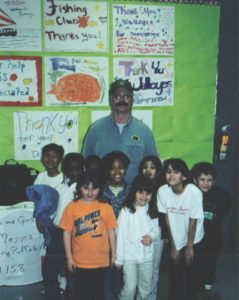 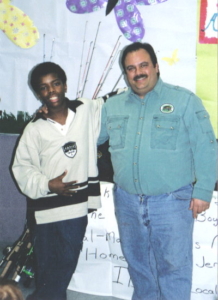 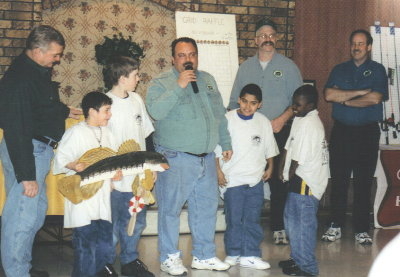 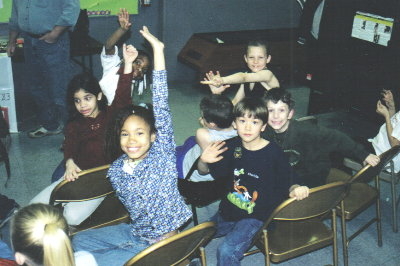 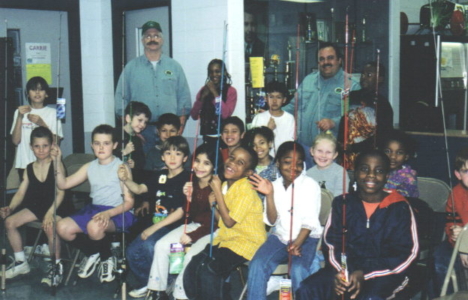 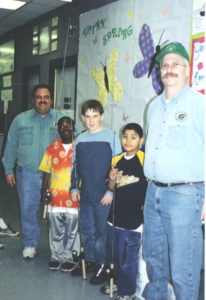 Walleyes For Tomorow help set up a rod and tackle loaner program for the Boys and Girls Club of Green Bay.